SKU: 00057-012
You must register to use the waitlist feature. Please login or create an account

The M18 recoilless rifle is a 57 mm shoulder fired anti-tank recoilless rifle that was used by the U.S. Army in World War II and the Korean War. Recoilless rifles are capable of firing artillery-type shells at reduced velocities comparable to those of standard cannon, but with greater accuracy than anti-tank weapons that used unguided rockets, and almost entirely without recoil. The M18 was a breech-loaded, single-shot, man-portable, crew-served weapon. It could be used in both anti-tank and anti-personnel roles. The weapon could be both shoulder fired or fired from a prone position. The T3 front grip doubled as an adjustable monopod and the two-piece padded T3 shoulder cradle could swing down and to the rear as a bipod for the gunner. The most stable firing position was from the tripod developed for the water-cooled Browning M1917 machine gun.[4]

There are no reviews yet. 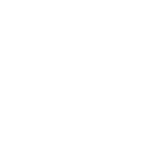